Millennials Are Turning To Vegan: See Why

Countries all over the world including the UK, Germany and the US are experiencing a rise in the adoption of a vegan lifestyle and millennials are reported to be leading the pack. 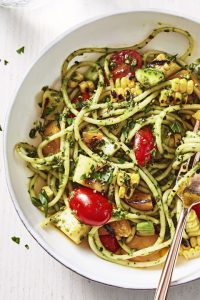 Gone are the days when you’d probably be able to identify a vegan from the outward appearance. The sandals, the smell of hemp and the place of residence could so easily give the person away as a vegan. The blend today is something of interest.

As it turns out, the ridicule of the past has clearly lost its place as many young folks in their 20s and 30s are now embracing veganism in their numbers. The rise is so significant that it cannot be ignored.

In the US, recent studies show that 36 percent of United States customers will rather go for meat substitutes or milk alternatives. The report also has it that 26 percent claimed to eat less meat over a 12 months period.

In the UK alone, a survey revealed meat-free kind of diet eaters to have increased by a whopping 350 percent in the past 10 years, with the highest percentage going to ages between 15 and 34 years. They have 42% of the total share.

The rise is the world over, just as is in the UK and the US, and this can be for several reasons.

Among many reasons for millennials’ shift towards a flesh-free diet can be traced to the general awareness of eating healthy.

Millennials are better informed today than ever before due to the availability of the internet. The World Health Organization publication of October 2015 could be the awakening call for many young adults to embrace the vegan lifestyle.

The WHO came up to expatiate on red meat or processed meat being among cancer-causing diets just like carcinogenic substances such as arsenic, cigarettes, alcohol and asbestos. This public enlightenment cannot be ruled out for contributing to the rise.

2. Popularity Of Veganism Among Celebrities 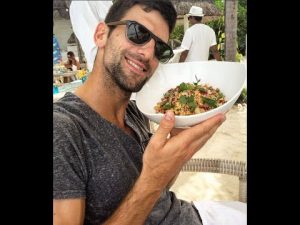 The popularity of veganism is not in doubt. The mystic nature of the lifestyle seems to have died out. As a converted vegan, it is something I am proud of today. Celebrities are models and mentors whom people admire, and their lives exert a strong influence on millennials, who are their fans.
Notably, you’d find big names such as Novak Djokovic and David Hayes, among others, who are vegans. Influential personalities and world figures are a strong influence on young adults and hence will add a measure to this growth.

As the trend grows, vegan stores, restaurants and shops have equally increased. You can find vegan foods and products in almost every supermarket and shop. Aside from the specific locations, many other supermarkets have created sections for vegan foods in their supermarkets in major cities. With the acceptance and availability of vegan food on the high, millennials will often come across new products they want to try out.

The social media networks will always be a strong force of influence on the lives of the young generation. This is an information hub that cannot be ignored. The social influence of friends and groups of vegans cannot be ruled out to cause some increase in this conversion. The Guardian recently published an article titled, “The rise of vegan teenagers: ‘More people are into it because of Instagram.” This is a strong revelation that one of the interviewees also supported.

The world will ever be dynamic. Things are changing fast and so are traditions and practices. The age today is simply one where many millennials are becoming free from their traditional practices to take up their own lifestyles. The freedom from traditions is another pointer to many millennials’ quick choices to become vegans, hence the continuous rise.

“Sfizy Veg One of the Best Vegan Restaurant in Berlin”

If you have ever heard of “how moving down to Berlin helped in my becoming a vegan”, you’d agree that where you choose to live can be a strong push for your decision. Berlin is described as the capital of veganism in Europe for the high percentage of vegan residents in the city. It has 10% of the total vegan population in Germany. Living in such an environment will without doubt motivate undecided individuals to easily become a vegan.

Millennials becoming vegans is a movement that is pivoted majorly by health concerns, among other reasons, and this will continue to grow as time passes.